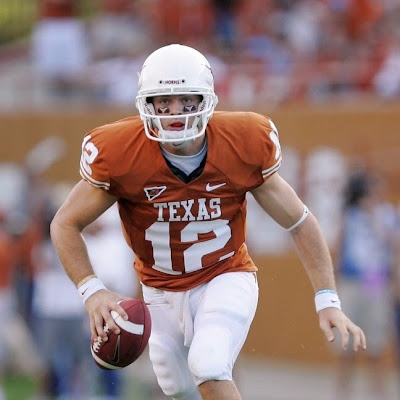 Colt McCoy left the Heisman Trophy presentation empty-handed once again, but he was good enough to sweep all of the QB specific awards including the Davey O'Brien, Maxwell, Johnny Unitas and has repeated as the Walter Camp Award winner as Player of the Year.
As you've read this blog throughout the season, it is obvious that he has been the best QB in the nation this year. Sure there were other guys putting up big numbers, even in his own state of Texas, but it wasn't the same environment or pressure to perform and get to the national title game that he has the Longhorns playing in come January.
For that, Colt McCoy is also America's Best Quarterback for 2009 collegiate class.
Posted by Jeff Carlson at 3:13 PM