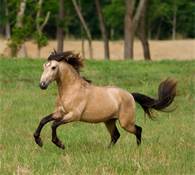 I am a traditionalist.  I like to keep things the way they have been unless there is a compelling reason to change and I am usually politically incorrect.  I would rather the Redskins keep on being the Redskins, just because that is what they have been.  I believe that team mascots are revered above all to their followers, so being a fan of the Redskins means you hold them in high regard.  That said, there is no easy way to make the argument that the term itself isn't and wasn't derogatory from the start.  Having a specific race of people as a mascot, although it might represent a mighty and fierce force, it is a mascot on the same level with mostly animals and that is not a great comparison.  Pirates, Raiders, Cowboys and the like are not a race of people, but a characature of a lifestyle!
I have been doing some reading out of a bible that I purchased a few months ago called The Founder's Bible, by David Barton.  It details much of the history of America's founders and their struggle for independence from Britain and how so much relates to the bible.  It talks about George Washington and his struggles to keep a fighting force together and about his divine providence (a reference to Psalms 90).  How he was shot at many times by expert marksmen, but failed to be injured.  And how following these battles, he even met up with some of the enemy forces who told him that he was protected by God, because they had shot multiple times at him and couldn't hit him, even though they never missed a target like that and they just wanted to meet the man protected by God.
In one of the stories, Washington took BUCKSKINS into the battle with him.  Buckskins are horses with a beautiful tan color.  What a great replacement for the Redskins name!  Buckskins still hold the reference to color, but now it would be on a beautiful horse that had been used in battle to help save the revolution and create the United States of America!  There is no better mascot for the team in the nation's capital, named after the great general and President of the United States!  It would be a great change and it would end all argument.  Not only that, it would help preserve some history as many would do a little homework to find out about the buckskins!
I know many will put their nose up to this suggestion as well, as you can never please everyone, but I do believe it would be a change of which we could all be proud!  And if you don't like that one, how about just making them the Generals, once again referencing George Washington and the history of the successful battle for America and all Americans!
Posted by Jeff Carlson at 10:31 AM No comments: