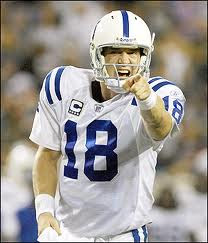 Jim Irsay and Peyton Manning kept it classy while making the decision to part ways official. The money that Peyton Manning commands and deserves is just too much for a team holding the #1 overall draft pick and a player like Andrew Luck at the top of the collegiate list. The Colts were the worst team in the NFL without Manning and were one of the best every year with him as their signal caller, but the intersection of the player's best interest and the team's best interest crossed, just as it has for many teams that have had to make tough decisions on their star players. The Peyton Sweepstakes odds-making are in full swing and I was saddened to read the report that says Manning is not interested in playing for the Washington Redskins. For those dreaming of an All-Manning Super Bowl are just that, dreaming. No QB has left his team this late in his career and taken the next team to the Super Bowl, although Brett Favre did come close and probably would have if it wasn't for those darned New Orleans Saints and their bounties. If Manning played in D.C., the Manning brothers would be guaranteed to play twice each year, and since the divorce is ultimately about money, everyone could cash in on those matchups. Imagine tons more of those Oreo commercials! Also, moving to D.C. now would give Peyton more time to find a nice place to stay before he moves into the White House as President of the United States in 2016 or 2020.
Posted by Jeff Carlson at 5:00 PM