ABQB of 2008 Traded to Kansas City 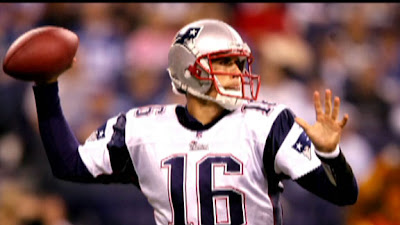 Matt Cassel was America's Best Quarterback in 2008 because he was called to lead the Patriots from the back-up position in the first quarter of the first game of the season and took them to an 11-5 record. Yes, they did not make the playoff, but Cassel had a number of outstanding performances along the way and not too many 1105 teams have missed the playoffs in NFL history.
The Patriots thought enough of his performance to put the "franchise" tag on him, guaranteeing him over $14 million next year. This caused wide discussion about having almost $30 million wrapped up in their two quarterbacks, but that is no longer an issue as the Kansas City Chiefs traded for Matt Cassel today. The new General Manager of the Chiefs, Scott Pioli (formerly of the Patriots) thought enough of his performance last season to stake his career on the move as well.
I don't think Cassel is just a system quarterback any more than Tom Brady is a system quarterback. His mechanics are clean like Brady's, which means he will be a consistent, accurate quarterback in any system.
Posted by Jeff Carlson at 3:19 PM